$1,875,000 jury verdict for lesbian woman harassed and discriminated against at work by male co-workers and unchecked by town officials 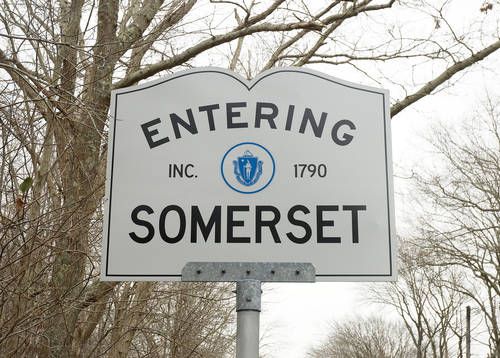 Hired in 1984 as a minority to enable the Town to obtain a grant, Ms. Pelletier’s first day of work was featured in the media as newspaper reporters followed her and cameras filmed her picking trash. Her hiring, ironically, was heralded as an equal rights success for women in a male dominated position. After the spotlight faded, Ms. Pelletier, who is a gay woman, alleged that she was subjected to years of discriminatory work assignments, gender and sexual orientation based insults, as well as exposure to pornographic magazines and videos in the workplace. She also alleged at trial that she had been touched on the breast and buttocks by male co-workers. On October 18, 2000, Ms. Pelletier filed a sexual harassment claim with the Massachusetts Commission Against Discrimination (“MCAD”) alleging a hostile work environment and that she received disparate treatment in work assignments due to her gender and sexual orientation. The MCAD issued a lack of probable cause finding on March 3, 2003. Pelletier then removed her sexual harassment complaint from the MCAD to Superior Court as allowed by law.

After pre-trial attempts to settle her case with the Town failed, Ms. Pelletier and her attorneys, Carlin J. Phillips and Joseph P. Fingliss, Jr. prepared for trial. The week long trial began on March 19, 2007 and was highlighted by graphic testimony of pornographic magazines located at the highway department and in Town trucks. There was also testimony that pornographic videos were played at the end of the work day in the highway department break room. Testimony was also offered that the Town had failed to conduct any sexual harassment training of any of its highway department employees. The trial became a media sensation as a local talk radio show aired summaries each afternoon of the evidence presented at trial. As the trial progressed, a small press area was set aside in the courtroom for the local television media covering the trial.

On March 26, 2007, audible gasps could be heard in the courtroom when the jury returned a verdict for Ms. Pelletier of $1.85 million, $1,250,000 of which was punitive damages against the Town. In response to post-trial motions filed by the Town, the trial judge reduced the jury’s verdict to $300,000 concluding that the scope of the evidence at trial was too broad. After Ms. Pelletier’s attorneys asked the trial judge to reconsider his reduction of the jury’s verdict, the trial judge increased the award to $600,000.

Ms. Pelletier decided to end the case by accepting the trial judge’s final reduction of the verdict to $600,000 and on April 8, 2008 she filed her official acceptance of the reduced award with the court. The trial judge then awarded Ms. Pelletier’s counsel attorney’s fees and costs of $221,668.

Town Still Fights to Not Pay

Despite Ms. Pelletier’s acceptance of the $600,000 reduced award, the Town appealed. Ms. Pelletier’s counsel filed a request for direct appellate review to Massachusetts’ highest court, the Supreme Judicial Court (“SJC”). The request was granted, thereby accelerating the appellate process by up to a year. On September 8, 2010, oral argument was held before six justices of the SJC in the hallowed confines of the SJC’s grand courtroom in Boston. On December 10, 2010, the SJC issued its decision vacating the jury’s verdict and ordering a new trial, concluding that certain evidence was too old and not admissible at trial. The SJC’s decision outlined in detail the evidence admissible in the second trial.

With the case now back in Superior Court in New Bedford, the Town’s attempt to add a new defense to the case was denied by the Court. The attorneys then briefed key evidentiary issues regarding the scope of the evidence at trial, the number and types of witnesses allowed to testify at the second trial and the admissibility of a special investigative report, written by an independent attorney hired by the Town after the jury’s verdict. With these evidentiary motions pending and a trial date of January 17, 2012 looming, the parties agreed to hire a private mediator to help negotiate a settlement of the case.

Finally, She Can Move On

With the help of the mediator, Ms. Pelletier and the Town settled the case for $700,000. The Town’s payment obligation under the settlement was approved by voters at a Town Meeting. The settlement wrote the final chapter of a long, difficult saga for Ms. Pelletier. When asked about the settlement, Carlin J. Phillips of Phillips & Garcia, P.C. stated, “It was time for the case to end and for people to start healing. Kim is a wonderful person who has suffered tremendously throughout this whole process. I am glad for Kim that the case is now over and she can move on with her life.”

If you are experiencing workplace sexual harassment or discrimination of any kind, whether it be motivated by gender, race, religion, sexual orientation or otherwise, then you need to reach out to attorneys who know how to handle your case with dignity, respect and effective legal strategies. Attorney Phillips has handled - and won - many employee rights cases and he believes that awarding money alone is not enough.

Attorney Phillips seeks settlements that attain not only financial gain for the client, but also ensures long term change to benefit future employees by demanding changes to company policy. This is essential - and many lawyers do not bother to protect future generations by addressing this important aspect of any civil suit.

We want to hear your story. There IS a deadline on sexual harrassment and discrimination matters, so don't waste any more time hoping for change. Take action to stand up for yourself and leave a message via our website or call us today at 508.998.0800.