On August 24, 2012, the plaintiff’s husband was riding his bicycle northbound on Weston Road in Wellesley when an 18 wheel dump trailer attempted to pass him on the left as the bike and the truck entered a T intersection which narrowed at its northern end.  As the truck attempted to the pass the bicyclist, the trailer impacted the bicyclist causing him to be run over by the wheels of the trailer.  The driver of the truck did not stop at the scene and denied hitting the bicyclist.

An overheard traffic camera south of the accident accurately videotaped the sequence of events leading up to impact.  However, the 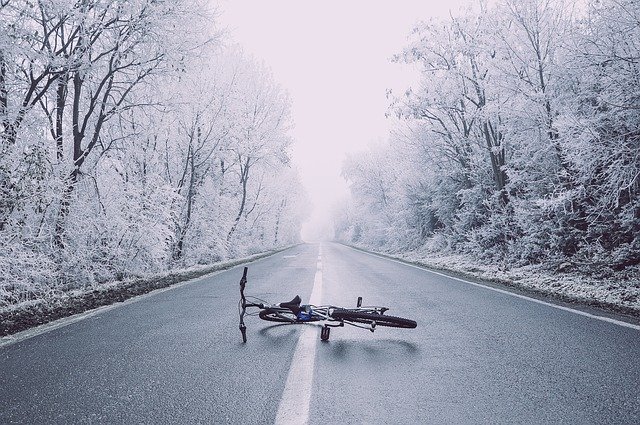 After a the Norfolk County grand jury process resulted in a no bill on all potential charges against the truck driver, the plaintiff filed a wrongful death case against the trucking company and its driver.  The plaintiff’s primary claims were for negligence and the negligent hiring, training and supervision of the truck driver.  In addition to alleging that the truck driver attempted an unsafe pass in an intersection, the plaintiff alleged that the defendant trucking company had failed to comply with numerous aspects of the state and federal trucking regulations pertaining to the hiring, training and supervision of the truck driver.  The plaintiff also claimed that the defendants’ acts and omissions constituted gross negligence entitling the plaintiff to an award of punitive damages.  The defendant claimed that the bicyclist, who was a triathlete, was comparatively negligent by increasing his speed through the T-intersection, despite knowing that the truck was attempting to pass him, and by failing to take a potentially, safer alternate route onto a nearby sidewalk which had a curb-cut.

After completing the majority of fact discovery, the parties conducted a full day mediation that did not result in settlement. After mediation, the parties completed detailed expert disclosures.  The plaintiff was prepared to present testimony from an accident re-constructionist demonstrating that the pass should never have been attempted and could not have been completed safely by the truck driver given the narrowing of the intersection. The plaintiff was also prepared to present testimony from a trucking industry compliance expert that the truck driver should not have been hired given his driving record and that he was not qualified to drive on the day of the accident.  On damages, the plaintiff had retained an economist, as well as a marketplace value expert who was prepared to testify as to the plaintiff’s anticipated future economic value in the “tech industry” as he had been an award winning executive and a “rising star” with a Boston area technology company.  The plaintiff’s economist utilized the market value expert’s conclusion to project the true net economic loss suffered to the plaintiff.

In pretrial motions, the defendants moved for bifurcation arguing that liability be decided first, followed by subsequent trial phases focusing on the negligent hiring, training and supervision claims and then damages.   The case settled for $4,000,000 approximately 90 days before trial and before the motion to bifurcate was argued and decided by the Court.