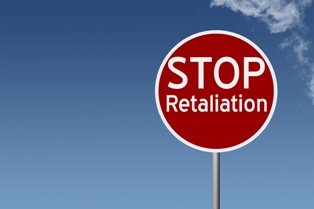 You want to be paid fairly for the work that you’ve done, but you don’t want to risk making things worse with your employer. You can avoid unnecessary and illegal retaliation by understanding the law and what to do if your employer breaks the law.

Massachusetts Law Protects You From Retaliation

The language in the Massachusetts wage laws is clear.  According to M.G.L. Ch 149 §148A, “No employee shall be penalized by an employer in any way as a result of any action on the part of an employee to seek his or her rights under the wages and hours provisions of this chapter.” Below, we take a closer look at the specific elements of this law.

What Does “Any Action” Mean?

The Supreme Judicial Court has interpreted the words “any action” broadly. In a 2006 case, the court held that Massachusetts law protects employees from employer retaliation even if the employee only brought the wage violations to the attention of their boss or employer rather than to the Attorney General.

In addition to raising the issue of unpaid wages with your boss, a protected action could also include:

All of these employee actions are protected from retaliation under the Wage Act.

What Does “Penalized by an Employer” Mean?

Your employer should not penalize you for taking any of the actions described above. “Penalized by an employer” includes both adverse actions and the threat of adverse action that are taken because the employee exercised his rights under the Massachusetts wage and hour laws. Some specific examples include:

Employers who are found to have taken any of these actions, or any other adverse actions, because the employee sought to enforce his right to be paid may have to pay damages.

Damages for Wage and Hour Retaliation Can Be Significant

If you can prove that your employer retaliated against you, then you may be able to recover:

You Can’t Control Your Employer’s Actions, But You Can Protect Yourself From Retaliation

Your employer should know the law and should not take any, or threaten any, negative action against you if you seek to be paid the wages you are owed. While you can’t prevent your employer from retaliating against you, you can avoid the effects of retaliation by:

To learn more about how our experienced wage claim lawyers can help you after a Massachusetts employer has retaliated against you, please call 508-998-0800 for a free consultation.  There are no upfront costs and we don't get paid unless we win your case.​